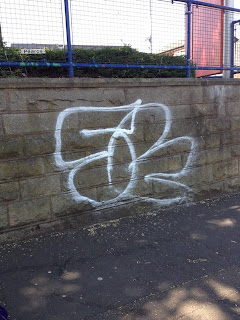 Many thanks to the graffiti removal squad, who made a visit to the Green this week to clear away the tags that appeared over the weekend.

These tags have been recorded and the police are reviewing CCTV footage from the cameras in the Green and elsewhere. Taggers have been prosecuted, but I'd much rather whoever did this just stopped doing it.

So many people have invested so much of their time voluntarily to try to improve the Green, we really don't need this sort of vandalism. Clearing it away isn't cheap and I'm indebted to our Fleet and Waste team who called in some favours to get it cleared rapidly, after I requested their help.

There is one remaining tag which will be painted over by the BID team, as it is on private land. There is also a tag on a fence, which I understand that the local residents have agreed to paint over.
Posted by John O'Shea at 5:00 pm No comments: Links to this post

This week's crop. Mostly it is all happening in Botteville Road

This is a form of approval for a use where planning permission was not sought at the time and the applicant claims that - in this case - the change of use has been carried on continuously for a period of ten years or more.

Posted by John O'Shea at 4:30 pm No comments: Links to this post 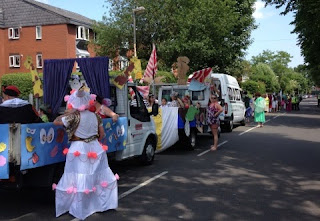 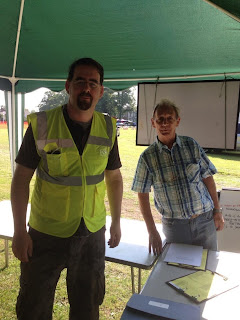 The weather delivered with industrial quantities of bright sunlight, a complete reversal of last year's carnival-wrecking downpour. The carnival was really well attended and the parade managed to make its way from Victoria Road to the site without any injuries. There's not a lot more you can ask for, but spare a thought for those people who give up their time throughout the year to keep the carnival running - they meet again in September to start planning next year's event. I was lending a hand this time, trying to marshal the parade and helping to get vehicles onto the site first thing.

We ended the weekend on Sunday night with the traditional Civic Service, arranged by the Acocks Green Churches Together and this year, we went to the Christian Centre on Westley Road, where we had the pleasure of the company of the new Lord Mayor, Mike Leddy, who spoke about the health of carnival being indicative of the health of the community.

Sunday morning saw the Acocks Green in Bloom team out again and I joined them for an hour's weeding on the central reservation.  Judging is only a couple of weeks away and Fran and her band of helpers are pulling out all the stops to try to do better than last year's bronze. If anyone can, they can. 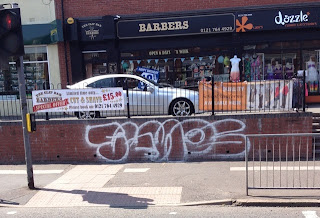 Sadly, not everybody shares that community spirit. Along the Warwick Road, Shirley Road and into Botteville Road, somebody has decided to tag a number of walls, fences and other items. I've been liaising with the Business Improvement District, our anti-graffiti team and the police and we'll get this cleared as soon as possible. This is a real kick in the teeth for those who have worked so hard to clean up the Green.

Posted by John O'Shea at 6:15 pm No comments: Links to this post