C/02086/08/FUL - 49-51 Shirley Road, Acocks Green
Change of use of office to day care centre for adults with learning disabilities, access ramps and new car parking. This is just beside the newish blocks of flats on Shirley Road. The company, Knightsbridge Care Services, already have offices on Warwick Road and provide care for adults with a range of medical and learning-related conditions. The maximum capacity will be 40 users - planned to be from the local area - and up to 7 staff during weekdays, with the potential to open on Saturdays if the need arises. Consultation ends 16 May.

On all of these, you can comment by emailing planning.enquiries@birmingham.gov.uk. Further details on how to comment can be found on this page. Remember that only planning matters can be taken into account when decisions are made. Feel free to copy me in on any comments that you make. Information on planning classes can be found here.

Posted by John O'Shea at 11:59 pm No comments: Links to this post

Woodcock Lane used to have a little patch of grass and trees by Warwick Road – much loved by elderly residents. I wrote about it first back in November last year on the other place.

The patch isn't big, but it has a little historical significance, as part of the avenue of trees leading up to Acocks Green House. The first picture shows it as it was last year. For a number of years, it has been open land, used by local residents as a public space - right beside it are a couple of blocks of flats and some low-rise housing, full of elderly residents, who valued that little amenity. Given that, you would think that the City Council - keen to encourage use of open space and to secure the future of a tiny part of the green lungs of our city - would carry out a little light landscaping so that residents might enjoy it even more.You would, of course, be wrong to think that, as our masters have decreed that all surplus land should be sold and that this parcel is surplus to their, if not our, requirements. Accordingly, a neighbour has bought the land and, after an attempt to fell the trees (stopped by Preservation Orders being slapped on them), he has now fenced the area off.

Way back in 2004, the Liberal Democrats promised to preserve green space in their manifesto.

Yet another promise broken.

Oh, incidentally, a far-right party has been shouting about this little bit of space. They've even claimed that the owner wants to erect a radio mast on the site to operate a radio station, which is complete rubbish. Just for the record, the local councillors helped local residents to slap tree preservation orders on the newly enclosed trees and I lodged a complaint with planning regarding the oversized fence.

Overheard on the campaign trail

Local resident points out some on-street drug dealing to a Liberal Democrat councillor.

Not so much soft on crime as feckless.
Posted by John O'Shea at 10:50 pm No comments: Links to this post

All stop for pedestrian crossings? Residents around Gospel Lane are furious that the pedestrian crossing promised for that busy road hasn’t appeared – even though it was due to be installed last year and agreement has apparently been obtained from Solihull Council.

The only good news is that further traffic calming has been agreed for Gospel Lane.

The Liberals claim that a new crossing will shortly be installed in another deserving location on Fox Hollies Road in May or June. Residents are worried that this is just another pre-election promise from the Liberals that will be forgotten after May 1st.
Posted by John O'Shea at 11:14 pm No comments: Links to this post Last year, I warned that cuts were on the way to Fox Hollies Leisure Centre – the Liberal councillors cut back opening hours at weekends and closed the centre on Bank Holidays, just the time to take your kids swimming.

So much for the 2004 manifesto promise from the Liberals to expand swimming opportunities.
Posted by John O'Shea at 11:14 pm No comments: Links to this post 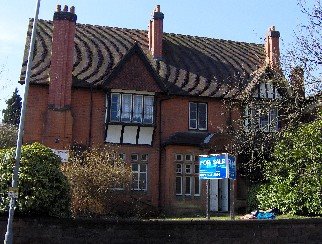 Red-faced Liberal councillors have admitted that Acocks Green will not receive £200,000 funding that they promised.

As part of the ‘dash for cash’ sell-off of council property, the former Churchill Club on the Warwick Road was sold. A local community group wanted to buy it, but were outbid by developers. Under pressure from residents, councillors promised that a quarter of the money raised would be ploughed back into Acocks Green, a promise extracted while the late Ken Hardeman was in charge of regeneration.

Now they admit that they will not keep their promise - even though another Liberal councillor masterminds the massive sell-off of council property across the city.

That £200,000 could have paid for desperately needed street lighting, additional graffiti cleaning or better youth services. Instead, it has been used elsewhere in the City – even as the councillors agreed big cuts in opening hours at Fox Hollies. Yet again, we’ve lost out because of these useless councillors.
Posted by John O'Shea at 11:55 pm No comments: Links to this post

C/01913/08/FUL - 190a School Road, Hall Green
Change of use from retail (class use A1 - shops) to restaurant (class use A3 - restaurants/cafes). This lies within the School Road Conservation Area. Consultation ends on the 14 May.

C/01860/08/FUL - 1193-1199 Warwick Road
This is for the demolition of the old C&D Autos building and replacement with two shop units and two flats above, with car parking on the forecourt beside the estate agents - which will not be affected. Consultation ends on the 14 May.

C/01768/08/FUL - 7 The Mews, St Marys Close
Erection of disabled vehicle store to side of property. Consultation ends 9 May.

On all of these, you can comment by emailing planning.enquiries@birmingham.gov.uk. Further details on how to comment can be found on this page. Remember that only planning matters can be taken into account when decisions are made. Feel free to copy me in on any comments that you make. Information on planning classes can be found here.
Posted by John O'Shea at 10:50 pm No comments: Links to this post