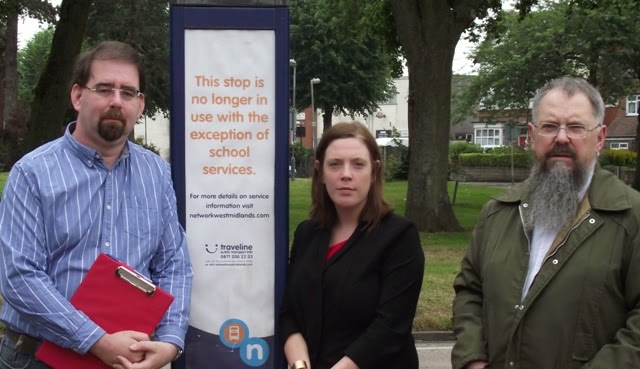 I am delighted to be able to report that National Express West Midlands have agreed to return the 31 bus to the route along Olton Boulevard East and Gospel Lane. Service 1 will continue along Pool Farm Road and Pollard Road.

We consulted local residents a few weeks ago on an alternate plan put forward by NXWM to run all services along Dolphin Lane and Thornfield Road, but overwhelmingly, the response was in favour of the original route.

I met CENTRO and NXWM last week and we had a full discussion of all the issues around the route. The outcome was that NXWM have agreed to reverse their original decision.

The exact timetables have yet to be confirmed, but I expect a 20 minute daytime frequency on both routes once the services return on the 26th October. It is worth noting that the Service 1 only operates between the city centre and Acocks Green Village in the evenings.

The level of public support was crucial in persuading National Express to change their minds. so thank you to everyone for your backing - it gave real force to our arguments. Thanks are also due to CENTRO for their support and to NXWM for correcting their mistake.
Posted by John O'Shea at 8:00 am No comments: Links to this post