Across the finishing line. 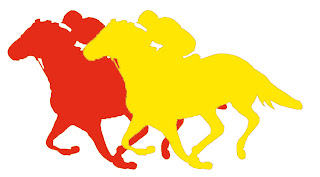 Last night (or strictly speaking, this morning) was a great victory for Labour in Acocks Green and a personal triumph for me, after many years of trying to win the seat. I'm proud, honoured and genuinely humbled to have won the trust of the people of Acocks Green - on the night that Labour won the trust of the people of Birmingham and gained 20 seats in one night, as well as winning all those that we were defending.

However, these things are not the work of a single person - every candidate has a whole load of people working with him or her, without which the work would simply not be possible. Leading the way was Cllr Stewart Stacey, an experienced councillor who won the seat back last year and has led the campaign over the past few years, organising and planning. With him, I had Chris Dalton, my agent, and a small core of dedicated and hardworking campaigners who have worked absolutely tirelessly to deliver the result. We've had local members, supporters, friends, family and anybody else we could drag in to lend a hand.

Yesterday was a bit worrying - the rain failed to clear as forecast and stuck around throughout the afternoon and became very heavy in the evening. We were forced off the doorsteps and onto an assortment of hastily assembled landline and mobile phones to call supporters and voters to remind them that they only had a few hours to get out and vote. Historically, rain is supposed to affect the Labour vote more than any other party and  I suspect that this was the case in Acocks Green this year. Certainly, over the course of the late afternoon, I was not a good person to be around - we had done so much work that I knew that we were in contention, despite a very strong and well-funded Liberal Democrat fightback, and I feared that the rain might scupper my chances.

Even at the count, I don't think either us or the Liberal Democrats knew which way it was going to be resolved - our calculations veered between a 250 Labour majority and one of 50 for the Liberal Democrats. As each box was opened and we carried out our sampling, it was clear that it was very close and the outcome really wasn't clear until the last part of the process.

Spare a thought for the counting and polling staff, who do a vital job for all of us - it is an essential part of the democratic process and the deputy returning officer and his team did their usual, professional job last night.

I also want to spare a word for Roger Harmer and his team. Contrary to popular opinion, political opponents don't have to have personal emnity - it has always been one of the pleasures of Acocks Green that things aren't personal. I respect Roger for his skill and experience and I know that his departure leaves some big shoes to fill.

Thanks to the voters of Acocks Green for putting their trust in me. We will face some difficult times in Birmingham over the coming years, but we will tackle them with Labour principles guiding us. .

Here's the result in full:

Turnout was low - around the 25% mark, doubtless depressed by the weather.

The overall result for the City Council is

That puts Labour firmly in majority control of the council for the first time in eight years.
Posted by John O'Shea at 4:00 pm